Tent Rock, Inc. has established itself as one of Santa Fe’s premier general contractors, as it pays attention to detail from start to finish. Joel Muller with his hand picked team of employees, sub-contractors and craftsmen,  the team at Tent Rock is ready to take on any challenge.

Whether nestled in the mountains, the desert or just minutes from the plaza, comfortable livable homes need attention to detail to make them feel special and Tent Rock’s team has over 35 years experience in meeting the unique needs of building in New Mexico and can guide you through the entire process.

Tent Rock, Inc. takes pride in developing a personal relationship with their clients to assist them in creating their desired home that will fulfill their needs for years to come. 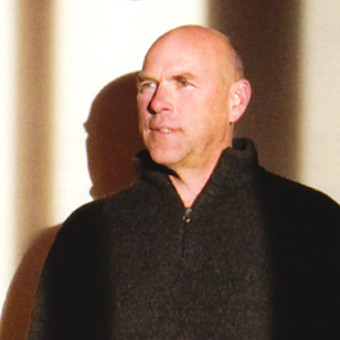 “I have worked with Joel Muller since 1991 when he was the Contractor on my renovation. Since that time, I have consistently relied on Joel to act as a designer as well as a builder. I cannot say enough about his integrity. He is peerless. His knowledge of plumbing, electrical combined with a sublime aesthetic put him on top of any possible list.”

Tent Rock completed the remodel on schedule and budget. They were very professional, knowledgeable, and neat and were a pleasure to work with. They did a great job and we would certainly recommend them and would use them again. We love our “new” kitchen!”

“I had an extensive renovation project on an old adobe home. I looked for a contractor with vision and integrity and creativity and craftsmanship. Tent Rock provided all of those things. My project was meticulously finished with attention to detail and all subs were excellent choices for the project. I was impressed with the creative ways the project was re-designed and with the way that it fit in historically with the rest of the house. I HIGHLY recommend Tent Rock.”

“My husband and I have worked with Tent Rock on two additions in Santa Fe.  We couldn’t be happier with their work, their workers, and their care for detail over and beyond our agreement. Their input and ideas ended up making our additions very beautiful. They spent many hours helping us design. We were able to travel and feel totally confident leaving home… that is rare and it was a big factor to us. We could trust them to do a good job and take the same care on the job site that they would had we been there overseeing everything. I had seen a house they built for a friend which turned out fantastic. She lived in LA while they built it. In addition, Joel would come over after the job was completed and do extra.  They definitely take pride in their workmanship.

They also took great care and time designing and bidding on a third project with the knowledge that we weren’t sure if we even wanted to built it at that time. I give Tent Rock the highest ratings. My husband and I continue to recommend them to our friends.”

“We have worked with Tent Rock for the past ten years. This is the third contractor we have used during our 23 years in Santa Fe. Although we have previously used a contractor who many believe to be the best in town, in our experience there is no question that Tent Rock’s work is superior. They are extremely responsive and they excel in meeting deadlines (as well as being highly considerate of our in-and-out of town schedule). Their cost estimates are accurate and their work—from a major home renovation to smaller jobs like replacing wood trim on our house—is superb. All of the people at Tent Rock, from the owner to the workers to the office manager—are knowledgeable, polite, bright, efficient, and thoughtful. Tent Rock is genuinely outstanding in every arena of their business. If we could give a rating higher than five stars we would, because it is well deserved.”

“We have used Tent Rock Inc. for two construction projects in the last 25+ years. Both houses were designed by an independent architect and combined traditional New Mexican features with a modern style house. Both houses were built in high quality, the first one in adobe the second one with E-Crete blocks. Passive solar design was a key feature in both buildings.

We first met Joel Muller from Tent Rock Inc. in 1989 by recommendation from our architect. We decided amongst several bidders for Tent Rock Inc. based on other projects they had completed or were working on at the time. And we never regretted our choice a single moment. It is great to work with a small company where the boss is on site nearly every day and one can discuss any issues, changes, improvements, etc. in real time. Joel was diligent in checking on the work every step and did not let even the slightest deviation from the high quality he and we demanded happen. Overall the construction of our house was a pleasant experience. Towards the end of the construction we ran into a time problem as we had to vacate our rental house just before Christmas and Joel pushed his crew and himself and finished the job on time and in budget. And after the project was finished, Joel was always available to fix any problems occurring over time or to give advice on projects we decided to add ourselves. The house was featured twice in architectural magazines.

When we decided 10 years later to add on to the house it was a natural to contract with Tent Rock again, and they managed the addition of a full bedroom/bathroom suite without any major impact on our living in the house on time and within budget.

When we moved to a different location in the Santa Fe area in 2005 we again chose the proven team of Tent Rock Inc. and our architect Bruce Davis. This new house had a very clean design with significant glass areas to all sides. As it was built on the side of a hill it presented some real challenges to the construction. One of the most impressive feature was the pouring of a 25+ feet tall retaining wall as part of the entry way. This was not a trivial task given the accessibility of the site, but the Tent Rock crew mastered the job perfectly. Other jobs were also beyond normal standard and completed to our full satisfaction. Joel Muller again had his small team of workers leading the job and supervising the different sub contractors needed for some of the steps. As he was working on few other projects in parallel he assigned a dedicated foreman to our construction site who was here at all times but still came by nearly every day, sometimes more than once – if needed, to check on things or negotiate with us on changes. This time we did not have a fixed bid but worked from a cost estimate provided by Tent Rock Inc. for the project, and despite many unknowns at the time of the bid the total construction cost exceeded the estimate by no more than 10%.

Now we have been living 8 years in our new house and are very happy with the quality of life it provides us. No surprise that over these 25 years we still call upon Joel Muller with any problems. Recently we experienced a break-in, and when my wife discovered it in the evening after returning from work she called Joel (I was on travel at the time), and he responded momentarily by coming the house, fixing the broken glass door temporarily, and helping with initial clean up.

We can highly recommend Tent Rock Inc. for any residential (and likely also commercial) project. Tent Rock Inc. is very easy to work with, and they are totally responsive to all special needs, wishes, and ideas you have. You are always treated as a friend and can trust each and everybody from Tent Rock Inc. to the fullest.”

— M.H.
PreviousNext
Contact Us today about your next project
Scroll to top